Peter’s parents the light comedian Alan Gale and soprano Patricia Kaye were producers of Pantomimes. His childhood was spent surrounded by the paraphernalia of pantoland always mending props, sewing costumes and rolling out rat bitten backcloths on the back lawn. His own panto career as a performer began after his Blue Peter days. He went from playing hero’s such as Jack, Dick, Peter Pan and Aladdin on to the pathos and comedy of Buttons, Muddles or Miffins and then finally unleashing his baddie as Captain Hook, Abanazar or King Rat.

He has worked for all the major Panto producers of the day and often conjured his own productions at venues such as the Oxford Playhouse where he written and directed there Christmas offering for many years. Oh yes he did. 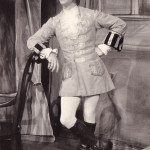 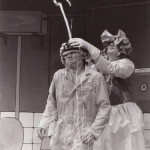